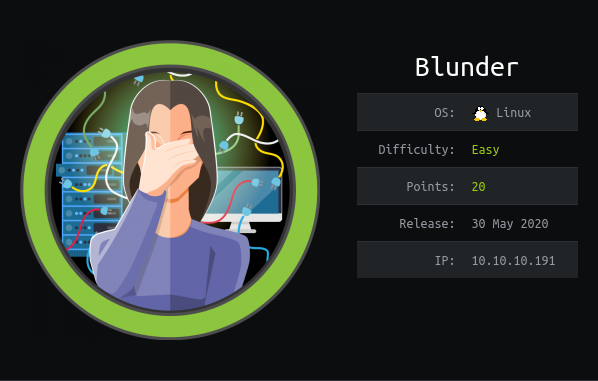 A nmap scan for port and service discovery:

Let's start to enumerate pages on the web server with ffuf:

I found the following path and files:

The website seems to be built with Bludit CMS. If we trust the todo list, it may be up to date, the FTP is off and we saw with the nmap scan that port 21 is closed. Also there must be a user called fergus that may be the admin.

It seems the CMS could be exploitable but we don't know the version we have yet.

No need to try to bruteforce on the authentication because there is a brute force protection enabled by default.

The current version is 3.13.1, so I looked in the source code on github for this version and tried to see if a file is disclosing it. It seems that some files like bl-plugins/about/metadata.json are leaking the version. 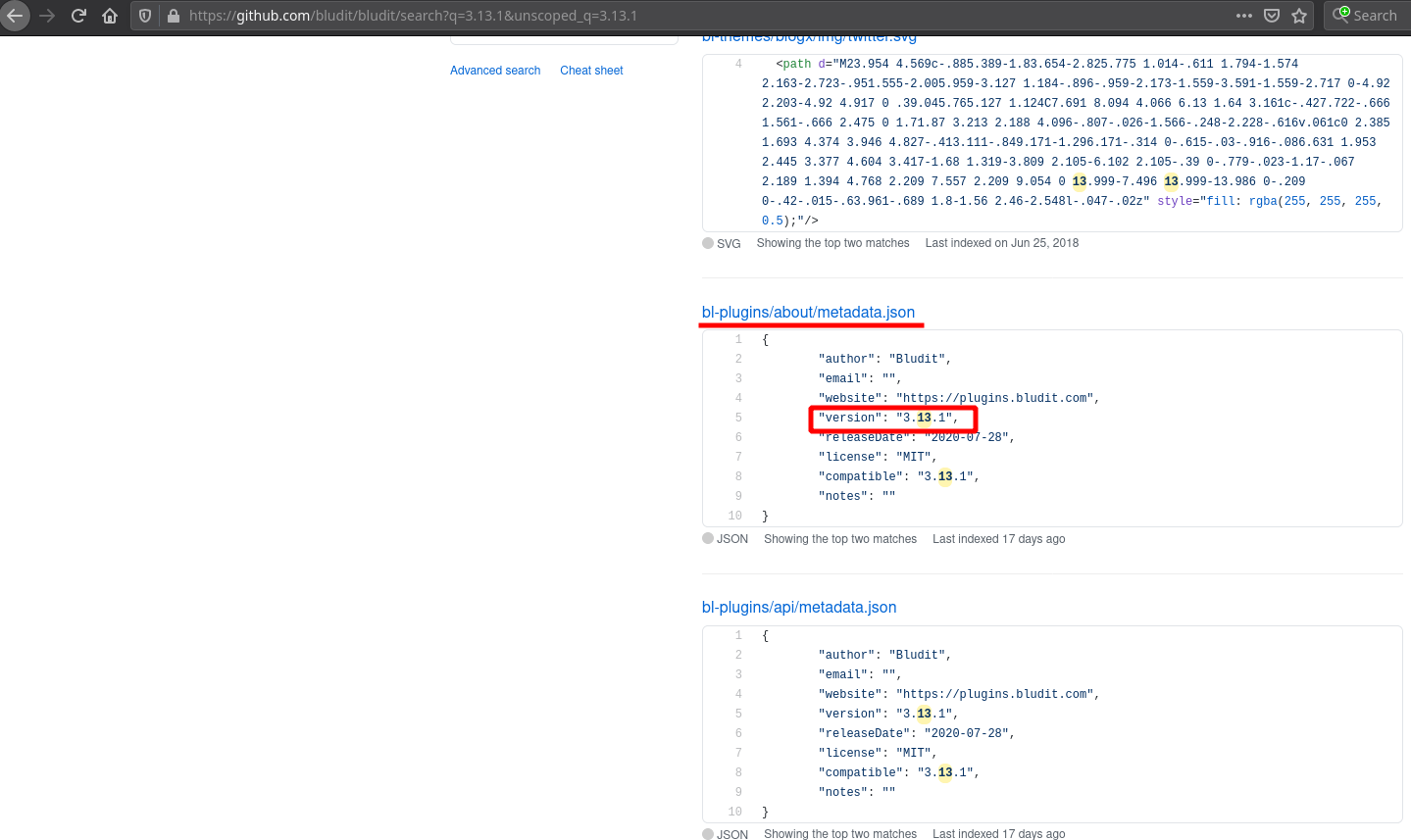 So I searched on internet and found some articles talking about bruteforce protection bypass:

With CeWL let's build a wordlist based on the words from the website:

Then we can try to find fergus password via bruteforce. I made an exploit for the Brute Force Mitigation Bypass: Bludit-auth-BF-bypass.

Now we can log in and will probably be able to use one of the authenticated exploit.

Let's try the msf one:

But remember we can try the Python PoC, that won't drop a shell directly but we should be able to execute a command:

We can see the connection on our oneline web server:

So we can generate a reverse shell with msfvenom (part of msf):

Start a listener with pwncat:

And we obtain a shell:

Note: it's possible to do it manually too.

Let's see if there are accounts used by humans:

user.txt is in hugo's home folder and shuan maybe be used for EoP.

Elevation of privilege (EoP): from www-data to hugo#

Let's see in the database of the app:

The password seems to be stored as a salted SHA1 hash, we can tell with haiti:

But look, there is another bludit version:

In the other version the user database contains hugo, a user that is on the system, so we have soem chance the account re-use the same password.

And this time no salt it used. So let's try the hash on CrackStation.

Elevation of privilege (EoP): from hugo to root#

We can launch a bash shell as any user except root:

I wonder if there was a way to root via the shuan account.