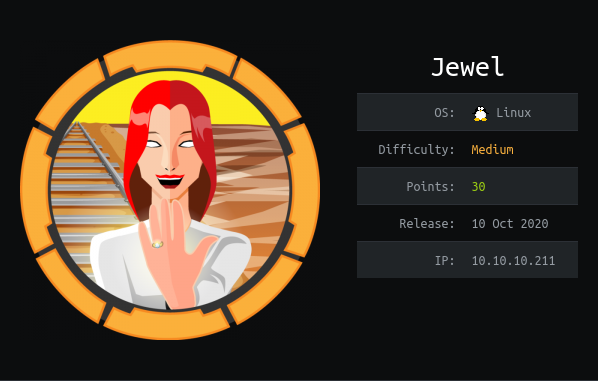 On gitweb we can browse to the summary of the only repository which is hosting the source code of the blog and download a snapshot of it.

Let's install a ruby and bundle version matching the one specified in the Gemfile:

It's not mandatory to analyse the source code but it will allow use to run the website is we want to do some test or even the run bundle outdated to check for outdated dependencies.

Before we do that, we can see in config.ru that the blog is a RoR app (using Ruby on Rails web framework).

Let's see if the project is up to date:

Seems that all dependencies are very outdated. We can install bundler-audit, which is an equivalent for Ruby to npm audit in Nodejs, to check for CVE impacting the dependencies.

The one one activesupport seems to be the most promising because unmarshalling is a kind of deserialization that can lead to RCE:

A deserialization of untrusted data vulnernerability exists in rails < 5.2.4.3, rails < 6.0.3.1 that can allow an attacker to unmarshal user-provided objects in MemCacheStore and RedisCacheStore potentially resulting in an RCE.

We sure have a vulnerable version of Rails:

The References section of CVE-2020-8165 page on NVD gives a link to a HackerOne report tagged as exploit in addition to the many mailing list.

By reading the H1 report, we can read:

This vulnerability effects application code that caches a string from an untrusted source using the raw: true option.

So let's find if the option is used in the code:

The update method will cache a key username_<user_id> using user_params[:username] which is user supplied and so untrusted. It will cache the value and then try to update the database but if it fails it will remove the cached value.

The key is also fetched with current_username method.

Let's see what is the format of an username to know if we can poison it.

The user class must be defined in app/models/user.rb.

So the username must contains only alphanumeric characters and be 3 to 25 chars long. At first glance it looks impossible to poison the username with a malicious payload to corrupt the cache. But a more in depth analysis shows that we will be able to perform our deserialization to RCE.

Looking back at app/controllers/users_controller.rb the username is written into the cache without any control (what we just saw in app/models/user.rb are constraints on the database not the cache), then it will update the database but fails because there username format won't we respected and so it will trigger the cache deletion. But the deletion won't work because as the payload will be evaluated it will crash the app (500 error) so the cached value will stay stored and be retrieved on a subsequent fetch request.

Let's retrieve the PoC from the H1 report and modify it a little bit to include a reverse shell and url-encode the payload:

Intercept traffic with Burp and replace the username with the payload.

We retrieve the shell on our listener:

Elevation of Privilege (EoP): from bill to root#

Let's get an interactive shell:

We can't use sudo -l because we don't know bill's password.

Let's ask my old pall John if he knows them:

Trying sudo again we are asked for a verification code, it reminds me when I set up OTP with libpam-google-authenticator for a SSH server.

We can find bill's OTP private key in his home directory:

I was able to generate a one time password with oath-toolkit:

But I kept having this error while trying to auth:

TOTP is time based and I'm not in the same timezone than the box:

So I tried to create the OTP code like that but it kept failing:

Let's try another method: setting teh same time on our machine. The box timezone:

Set up the time on my machine:

Finaly I can run it:

PS: it's not an issue if there is a desync of a few seconds because the OTP window is 17 codes so we can have a max desync of 17 x 30 sec.

Let's see the EoP for gem: