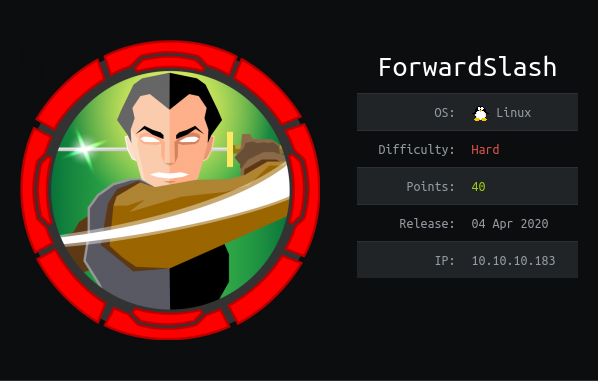 TL;DR: There is a web application with a parameter vulnerable to file disclosure, directory traversal and SSRF (not LFI/RFI). Then we can exploit an OOB XXE over FTP to steal FTP credentials. Then with credential stuffing we land on the box via SSH. On the system we exploit a SUID binary to read a configuration file that leaks a database password. With credential stuffing again we can elevate to a more powerful user via SSH. Then we have to break a custom crypto algorithm to decrypt a ciphertext. The decrypted cyphertext gives the password of a LUKS container. Then we can mount the container with sudo permissions and get the root SSH private key.

Let's start by scanning port and services with nmap:

So let's edit /etc/hosts to add this entry:

Let's see what we have at http://forwardslash.htb/

Let's find if there are files hidden somewhere with ffuf:

So if there is a backup site it may be online too. Let's find it by bruteforcing virtual hosts with subdomains:

So let's add backup.forwardslash.htb to /etc/hosts too.

We are redirected to http://backup.forwardslash.htb/login.php 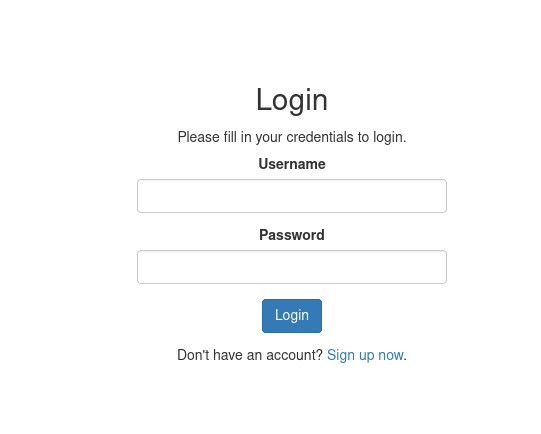 There is a login form. We can use the registration page to sign up.

The Change your Profile Picture! feature is disabled.

But that's just from the HTML so let's edit the DOM, remove the disabled attributes and send a request: 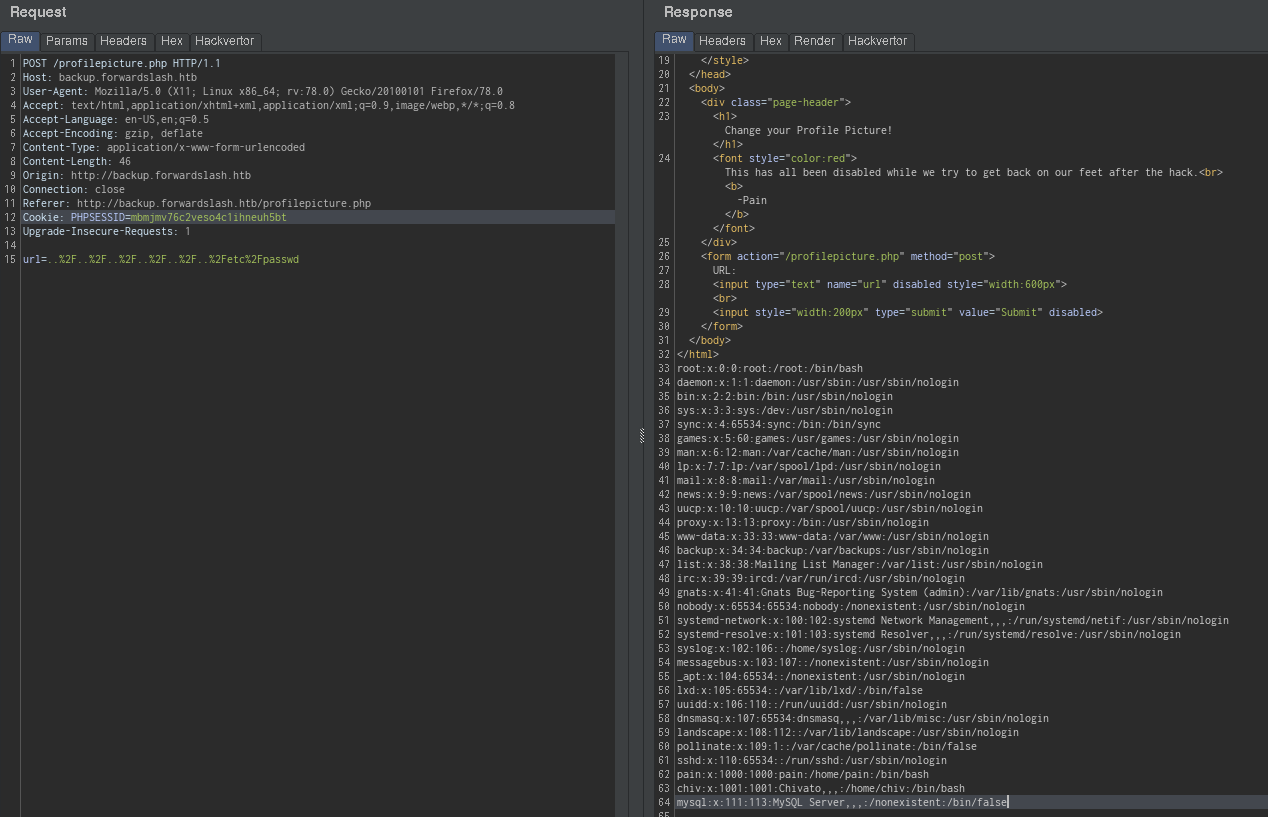 By doing a directory traversal on /etc/passwd we obtained a file disclosure:

We can also see if there are any other pages:

It seems there is a dev endpoint that dives us a HTTP 403. But even authenticated we can't access http://backup.forwardslash.htb/dev/

Hopefully the url parameter is not only vulnerable to file disclosure and path traversal but also to SSRF (Server Side Request Forgery). Maybe locally this will be allowed, so let's try teh following request in burp:

Yes! We obtained the HTML code of the dev endpoint:

It's talking about XML and FTP login as said in the deface.

Let's try to send a default request to the XML api:

We noticed in the HTML code the following structure:

So let's try to forge a simple XXE payload using it:

But this doesn't work. But let's remember the FTP hint!

Maybe the XXE is OOB (Out Of Band) only. In general, working with FTP for OOB is far better than HTTP as it wil allows us to retrieve the whole file rather than the 1st line. Here I don't think we will retrieve files but rather credentials as it's said there is a FTP autologin feature. So we won't need a complex payload:

PS: even if burp automatically URL encode key character for us we need to double encore the key character in the xml payload for the request to work.

But before let's start xxeserv, a fake FTP server, then, when submitting the request we will receive the credentials:

Let's see if we can re-use the FTP credentials on SSH:

Let's see what is inside /var/backups/:

The only thing we can read for now is note.txt:

Let's try to enumerate more with the help of linPEAS (from PEASS).

We have /usr/share/peass/linPEAS/linpeas.sh, let's just serve it via HTTP:

In the SUID section we can see an unusual /usr/bin/backup.

Elevation of Privilege: from chiv to pain#

backup is owned by pain.

Let's try to run it:

There is a hash in the error output, let's identify the hash type with haiti:

It's most likely a MD5 hash but we can't crack it.

As it's a Time Based Backup Viewer it's maybe the hash of the timestamp.

Let's write a script that will create a file like this.

If we execute the script we have no error now and the file is read:

So we can read a file owned by pain now by modifying our scipt:

Now we can read /var/backups/config.php.bak:

We can run some commands as root:

Let's see what is in pain home directory:

There is a note file talking about a crypto software.

Also it seems that pain is in the backupoperator group.

So we can now see what is in /var/backups/recovery/:

An encrypted backup! We must take a look to the crypto-soft to break that.

It's a custom block cipher, so the only things that matter is to find the key lenght and the first character of the key which much more simple than guessing the exact key. Maybe the beginning for the decrypted text will be messed up but with luck we won't need it.

As I am more at ease with Ruby than with Python, I rewrote the decrypt() method in Ruby and then made a script to bruteforce an approximative key.

The crypto part is not interesting me so I won't develop the explanation more than that but you can take a look at IppSec video to see the reasoning.

Elevation of Privilege: from pain to root#

Now it's pretty clear we have to mount the LUKS container with the password we just found.

Let's see the commands we can run as root again:

First we open the LUKS container and create a mount point.

Then we can mount the openned container:

The mounted device contains only one file:

This must be the root SSH key.