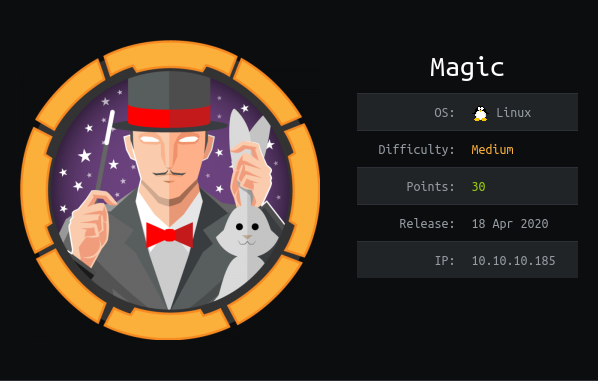 Quickly we found a few pages:

On the login page we can see we have a different behavior when we put of quote in the username or password and when not. So let's try a SQLi.

I used sqlmap to quickly identify the injection technique and automate the process.

Nice we have 2 injection points for our OR boolean-based blind SQL injection.

Now I'll some options to get more information:

Note: We could have done a dump directly but that would have been dirty and far less efficient if there were more databases, tables, entries, etc. Also we probably didn't needed to dump the password, we could have just bypass the authentication. But the password may be reused somewhere else and there could have been more stuff in the DB.

We are now redirected to the upload page.

Only jpg, jpeg and png extensions are allowed.

If we upload a legit image, we receive a message: The file hacker_logo.jpg has been uploaded..

Let's go back to the index to see if our logo is listed there.

I check if it can be a digest with haiti:

The most probable option is CRC32.

So I tried to see if it could be the CRC32 of the filename with an online service. 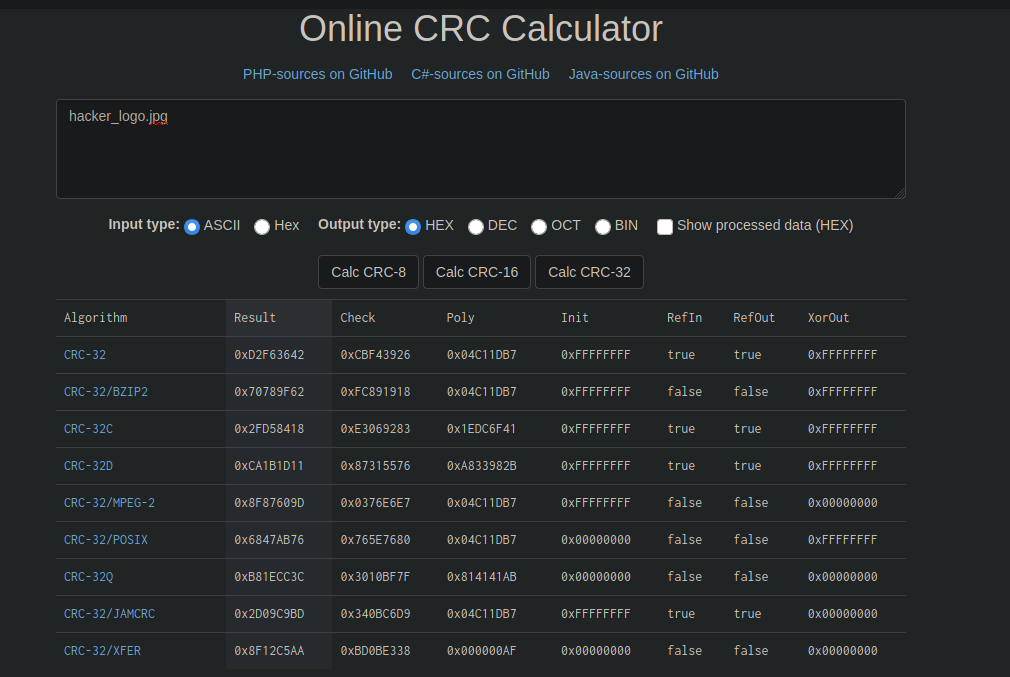 But it seems not.

It could be the CRC32 of the file itself but before using more guessing let's upload the same file again with the same name to see if the title is not random.

It replaced the previous image but is now entitled 806a94c.

So the title seems to be random, so no need to try to calculate it.

So let's see if we can simply bypass something to upload a PHP file.

I tried to upload the shell without changing the Content-Type and just changing the name to agentnoraj.php.png and received the following message that suggested I was spotted:

The name Magic is maybe because there is a magic bytes check and this message is displayed when content type, extension and magic byte don't match.

Let's check the signature of jpeg and png:

We can also check the list on Wikipedia because jpeg supports 2 other signatures.

We can store the signatures in files:

Then let's try to prepend the PNG signature to the webshell.

Let's upload again, this time we are not spotted. The image is successfully uploaded to http://10.10.10.185/images/uploads/agent_png.png but as it is served as a png, the PHP is not interpreted. Let's see if we send a png extension and a php Content-Type.

This is accepted too. But it is still served as a png. I'll try to put a php extension but I think we will be caught by the extension whitelist. Indeed we were spotted.

So let's try the double extension (.png.php) -> spotted. Let's try a null byte injection (.php\00.png) even if I don't believe it will works.

What if we try the double extension without null byte but in the other way (.php.png). It seems http://10.10.10.185/images/uploads/agent_png.php.png is interpreted as PHP!

The issue is that the webshell is removed a few seconds after being uploaded. So we'll have to use a PHP dropper to get a rverse shell immediately.

We could craft one with msfvenom (from Metasploit) but weevely have a bunch of useful modules like this one:

Note: for OSCP it's also good to know how to do without Metasploit.

I start a pwncat listener on my machine:

Re-uploaded my webshell, executed it and launched the reverse shell module:

Nice, I have a true shell that I won't lost on my pwncat listener:

Elevation of Privilege: www-data to theseus#

We can just connect by re-using the credentials we looted during the SQLi.

But there was another method for those who just used an authentication bypass instead of dumping the database.

And then dump the database:

Then let's loot the flag and copy the private key, so if the box is reset we can start back from here instead of playing with the reverse shell again.

So we can login through SSH now:

Note: is you are denied it's because someone overwrote authorized_keys with it's personal key. So just append theseus public key:

PS: it seems the private key I used was not part of the box but generated by another player, anyway you'll have to add a key to .ssh/authorized_keys.

Elevation of privilege: theseus to root#

If we run sysinfo there are 4 sections that seems to match so other system commands:

So basically what we have to do is change the PATH env var to force the SUID sysinfo to call an attacker controlled binary instead of the system tools.

Here is the reverse shell I put in fdisk:

The we just have to run sysinfo to get the root shell: