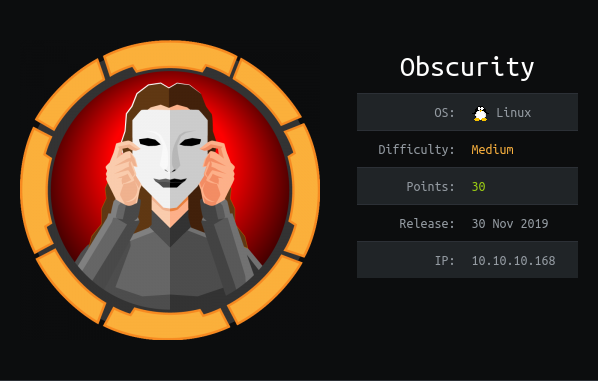 Let's take a look at the webserver.

On the main page there are several hints.

On the Our Software section we can read the following:

A more secure replacement to SSH

And on the Development section we can read:

Message to server devs: the current source code for the web server is in 'SuperSecureServer.py' in the secret development directory

Nothing with raft-large-files.txt, dirsearch's or dirb's default wordlist nor with burp pro directory - long wordlist.

In fact it was requiring guessing, because they hinted it was a custom web server you have to think it is vulnerable to vulnerabilities real web server are not vulnerable to.

The path was /../SuperSecureServer.py. I don't understand why so much people are saying on the forum that this step is nice... In real life a web application can be vulnerable to path traversal but not the web server itself.

At least the HTB skill radar was saying it requires a lot of enumeration and is very CTF-style so we should be surprised it is not realistic. Usually I don't like guessy or unrealistic steps like this one.

However it was possible to find it via another weird way.

If /XXXX/ subdirectory exists the custom web server won't return a HTTP code that will allow us to find the folder exists but if we request an existing page eg. /XXXX/validpage.txt of course we will get a 200. So as we know the name of the page SuperSecureServer.py but not the directory it was possible to use wfuzz to fuzz the directory name like that:

And find either /../ (path traversal) or /develop/ (just enumeration).

So finally there was a way to find it without guessing.

So here is the source code of the script.

Immediately is understood there was a vulnerability in those 3 lines:

A format string passed into an exec.

So it seems we will be able to execute some commands for example to download and execute a reverse shell.

To try it out I added those two lines and started the server locally.

Then I started a reverse shell listener with nc -nlp 9999 and URL encoded the key characters of the reverse shell payload so it can fit in the URL.

As I worked I tried immediately on the box.

I started enumerating the home directories and saw this:

We can see there is script named SuperSecureCrypt.py (source code).

The encrypt and decrypt functions seems to be XOR-like functions so it is permutable: out.txt x check.txt = key.

To do that with the CLI interface we provide out.txt as the input and check.txt as the key so the resulting "encrypted" file gives us in fact the clear text key alexandrovich.

Doing the same with the encrypted password and the real key we can find the clear text of the password.

So now we can connect to ssh as robert.

It seems we can run a python script as root.

We can replace the script executed as root by a python reverse shell and execute it.