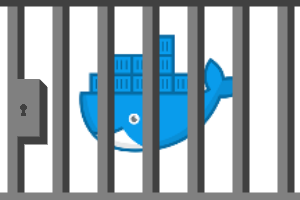 What is security.txt? Take a look at my article on the subject.

On the web app we can hit /.well-known/security.txt:

Unauthenticated we can only see a login form. But I quickly discovered /robots.txt giving some interesting paths to try:

I retrieved the source code of the upload form at /exif-util.bak.txt.

This will send our image URL, either a HTTP link (http://example.org/image.png) or data-URI (data:image/png;base64,iVBOR...) to an internal API (http://api-dev-backup:8080/exif). But we have an externally exposed API and trying to reach http://10.10.190.91/api/exif gives a 500 error because the endpoint exists but we did not provide any argument and it must be expecting the url too. So /api/exif exposed on port 80 must be the same API as /exif on the internal port 8080.

But is there a difference in filtering between the production and backup API?

For now I don't know, but with the error message I get I know it's a Java backend: An error occurred: sun.net.www.protocol.file.FileURLConnection cannot be cast to java.net.HttpURLConnection.

We can reach the internal dev APi via the public one (SSRF): /api/exif?url=http://api-dev-backup:8080/exif?url=xxx and it seems that the internal one is vulnerable to command injection:

Quick PoC in Ruby to ease the epxloitation:

It seems we are running as root in a docker container and we found a password in dev-note.txt: fluffybunnies123. It's a valid password for the web app or SSH.

The note is saying file were removed and we have a git repository.

Let's dig in the git repository:

We can write a quick port knocker in Ruby:

Also looking at the List of TCP and UDP port numbers we can find the docker related well known ports:

Let's port knock and then see if the docker port is open:

Let's use an environment variable (DOCKER_HOST) to use the remotely exposed one for our current session. Then we can enumerate.

There is a generic Alpine image.

Let's check the GTFObin for docker and use it: